Why Do Dogs Sneeze When Playing?

Each dog is different – just ask their owners! All dogs have unique personalities and quirks, but they all share many universal behaviors. Sneezing is one of them.

Sneezing is a normal, involuntary response that releases air from the body and helps rid our dogs (and us) of any nasty irritants lurking beneath the surface. This could be anything from dirt and dust to allergens – although thankfully, our four-legged friends are less susceptible to these nasties than we are.

But what if you catch your dog erupting into a raucous, odd-sounding sneezing frenzy mid-play date? Is this the result of external irritants or something else?

Ready to find out why dogs sneeze when they play? Let’s get started.

Humans also have a sneeze center which works almost identically to your dogs – it looks like we have more in common with our four-legged friends than we thought!

Just like humans, a dog sneeze is an involuntary response. It’s impossible to sneeze on command.

Yes, this is a thing!

When dogs sneeze during play, it’s a way to signal that they’re excited and having a good time with other dogs and us. Unfortunately, dogs can’t talk (although we wish they could!), so they have to rely on other forms of communication to speak with us. The play sneeze is one of these signals.

Although the sneeze can signal us, it’s more of an indicator to other dogs that our dog is being friendly, excited, and approachable. Sometimes, our pups can enjoy a raucous play session filled with growling, biting, barking, and chasing. If your dog is a particularly rough player, it can be hard to tell if this is just innocent play or agitation waiting to erupt. The play sneeze is a sign that everything is lighthearted and well-intentioned.

Although the sneeze is often used as a positive indicator, play sneezing can also suggest one of the following situations:

The Result of a Nose Bump

If you’ve ever been smacked in the nose with something unexpected, you may have experienced an intense bout of sneezing. The same can happen to dogs.

If your dog has bumped noses with a friend or toy during playtime, it may stimulate the nerves to react as they would to an irritant, triggering sneezing. This is usually NOT an indicator of injury, unless your dog is in pain, or there’s a visible injury to the nose.

A fast-paced and exciting playtime can disrupt irritants in the surrounding environment. For example, if your dog is playing in a dusty area or a field covered in wild plants, a play session may kick these from the ground and send them straight into your pup’s nose. This will then call the sneeze center of the brain into action, triggering an intense sneezing session.

Unfortunately, there’s not a lot of research on this topic. However, some experts believe that the sneeze could be our dog’s way of requesting a quick break from playtime if things are getting too rough. If your dog displays any behaviors that suggest it’s uncomfortable or anxious during play, draw him away from the session to prevent injury or upset.

There’s another theory that when your dog crinkles its nose during play, the trigeminal nerve is triggered, causing an eruption of continuous sneezing.

Our dogs can make all sorts of funny sounds and facial expressions during play, but wrinkling their nose and mouth is most common. If you crinkle your own nose, you may even notice this reflex yourself!

Other Causes of Sneezing

Sneezing during play is usually a harmless, friendly gesture of reassurance. However, in addition to external irritants, there are other reasons your dog might be sneezing. These include:

Sometimes, our pups have unique ways of telling us they want some fuss. For example, sneezing can be one of them! Your dog may ‘fake’ a sneeze to initiate a play session or get something they want. If your dog is moving closer to you and watching you closely when they sneeze, it may be an attention-seeking behavior.

Some breeds are more susceptible to frequent sneezing than others, especially those with abnormally shaped muzzles and throats, like Pugs and Bulldogs. Their lineage can induce various health problems, including compressed nasal passages, making sneezing a more common occurrence.

Just like humans, dogs can have allergies too! These allergies could be to anything from certain foods and seasonal allergens. So if you think your dog may have an allergy, talk to a vet for more information.

This is a worst-case scenario. However, sneezing can sometimes be the symptom of a severe condition like a tumor. Dogs can develop tumors in the nasal passage due to frequent exposure to secondhand smoke, genetic factors, or living in an urban environment. Nasal tumors account for 1-2% of all cancers in dogs, and an estimated 80% of tumors are malignant.

Some dental issues like infected gums or teeth can cause sneezing. If any of the teeth in the upper jaw are infected, especially the third upper premolar, which has roots close to the nasal passages, it may trigger sneezing. Symptoms of an infected tooth also include:

We’ve covered other reasons for excessive sneezing in this post.

If you catch your dog sneezing during play, it’s probably a gesture of friendliness and excitement. Although sneezing can be a symptom of other medical conditions or an exposure to other irritants, the play sneeze is incredibly common and not a cause for concern. So, set up that play date and get out the favorite chew toys – happy playing!

How To Keep Dogs From Digging Under Fences 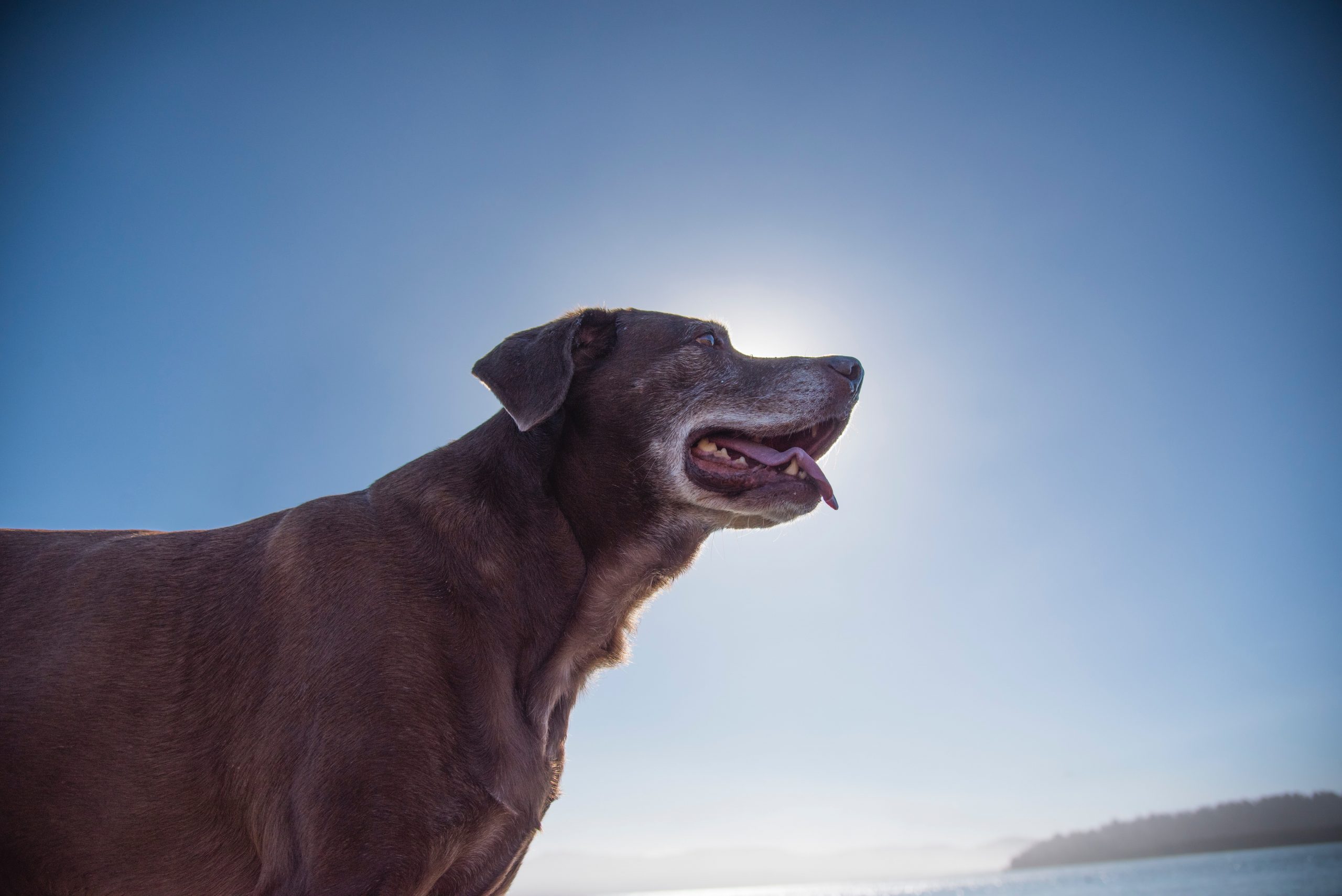 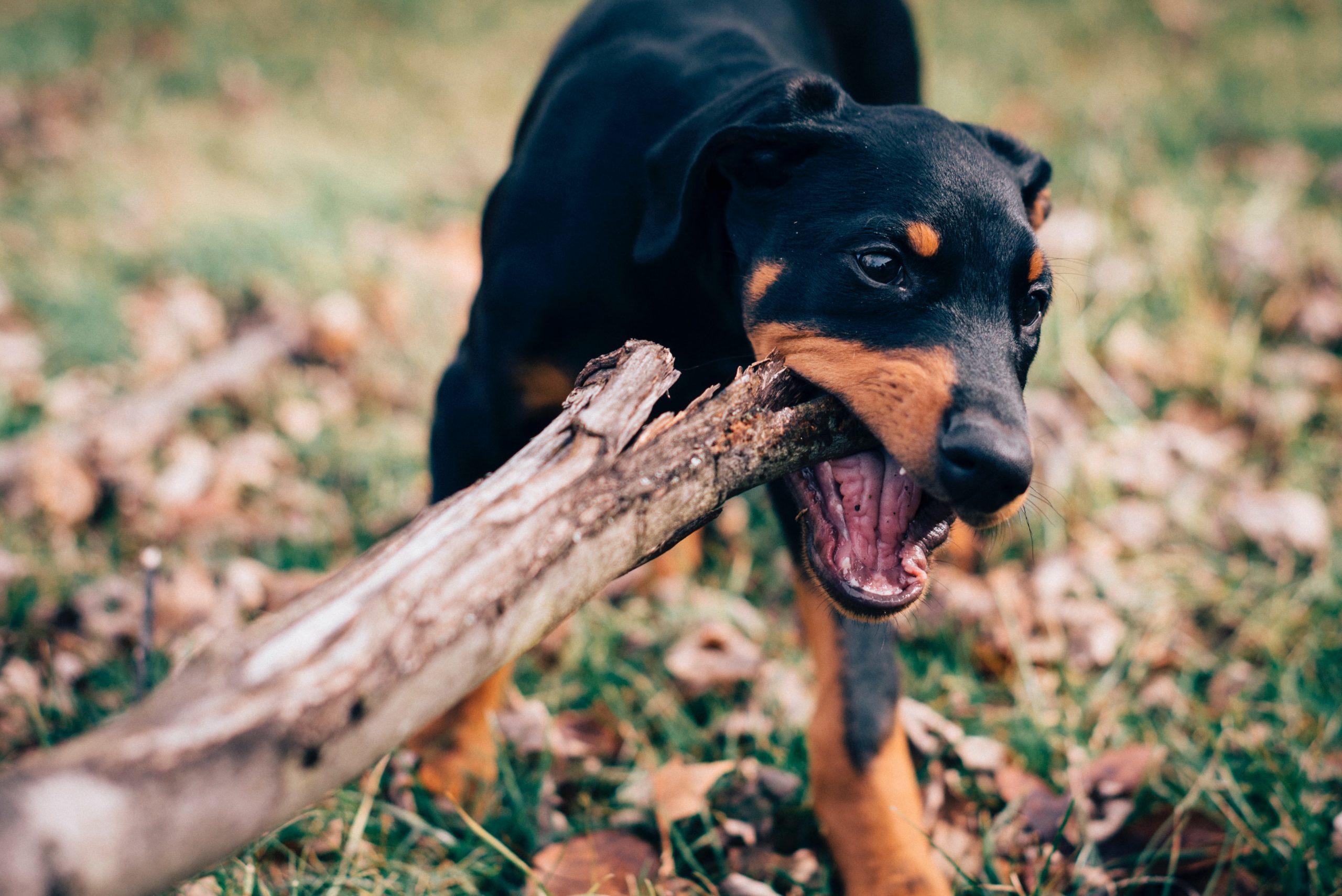